Thursday, June 9th 2022, the 10th edition of Tour du ALS will take place and many hundreds of people will climb the Mont Ventoux in France by cycling, running and walking. Together with ALS patients, they take up this sportchallenge to raise as much money as possible for the fight against the deadly muscle disease ALS. Sign up or support our heroes with a donation, because we can only kick ALS out of the world together!

Fight ALS with us!

Money is needed to enable the Tour du ALS. There is no donation money going into the organization of the Tour du ALS. All the money used comes from registration costs of participants, donations from companies, foundations and authorities. That is why we are always open to new sponsors and we are happy to make a tailor-made package for your company. If you want to become a sponsor or friend of Tour du ALS, please contact us!

What will the donations be spent on?

In the past 8 editions of Tour du ALS, more than 4,000 participants have now climbed Mont Ventoux. Together they have raised nearly 8 million euros for the fight against ALS. Do you want to know what has been done with this?

Read about the fund spendings of Tour du ALS

ALS is one of the most serious and debilitating nervous system disorders. The exact cause of ALS disease is not yet known. Nor are there any drugs that can stop or cure the disease. Patients have the average life expectancy of 3 to 5 years after signs of the first symptoms.

Tour du ALS is the largest event organized by the ALS Netherlands Foundation. Various well-known athletes and well-known Dutch people support the fight against ALS and climb Mont Ventoux together with ALS patients to collect as much money as possible for research. Some well-known participants are Thomas Acda and Loek Peters.

Read about our ambassadors 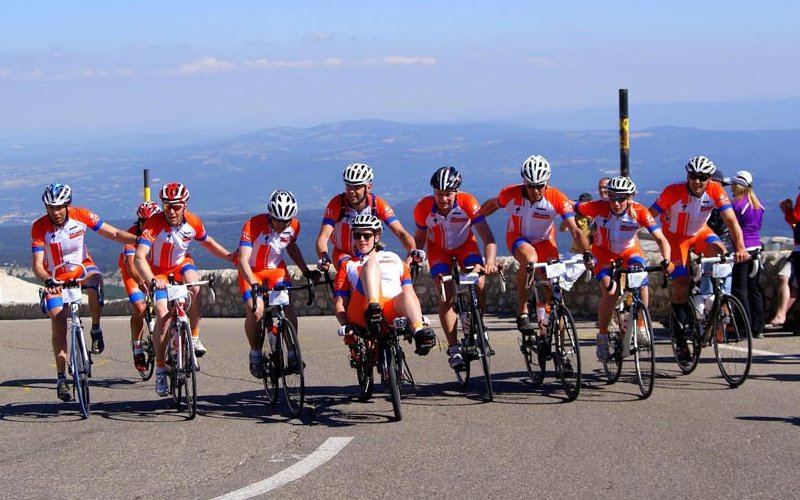 In 2012, the first edition of Tour du ALS took place, where a small group of people decided to climb Mont Ventoux. The event has grown solid over the years, but the family sense has always been preserved. ALS patients and their loved ones are central: for and with them, hundreds of participants annually achieve a great sport achievement.

Read about the previous editions of Tour du ALS

Do you have specific questions about Tour du ALS that are not answered on this page? We have listed and answered the most frequently asked questions for participants, sponsors and volunteers. If your question is not listed here, please contact us by sending an email to info@tourduals.nl.

Go to the FAQ