Together we’ll kick ALS out of the world!

On Thursday, June 9, 2022, hundreds of cyclists, runners and walkers will climb Mont Ventoux together with ALS patients to raise money in the fight against ALS.

Will you join us? 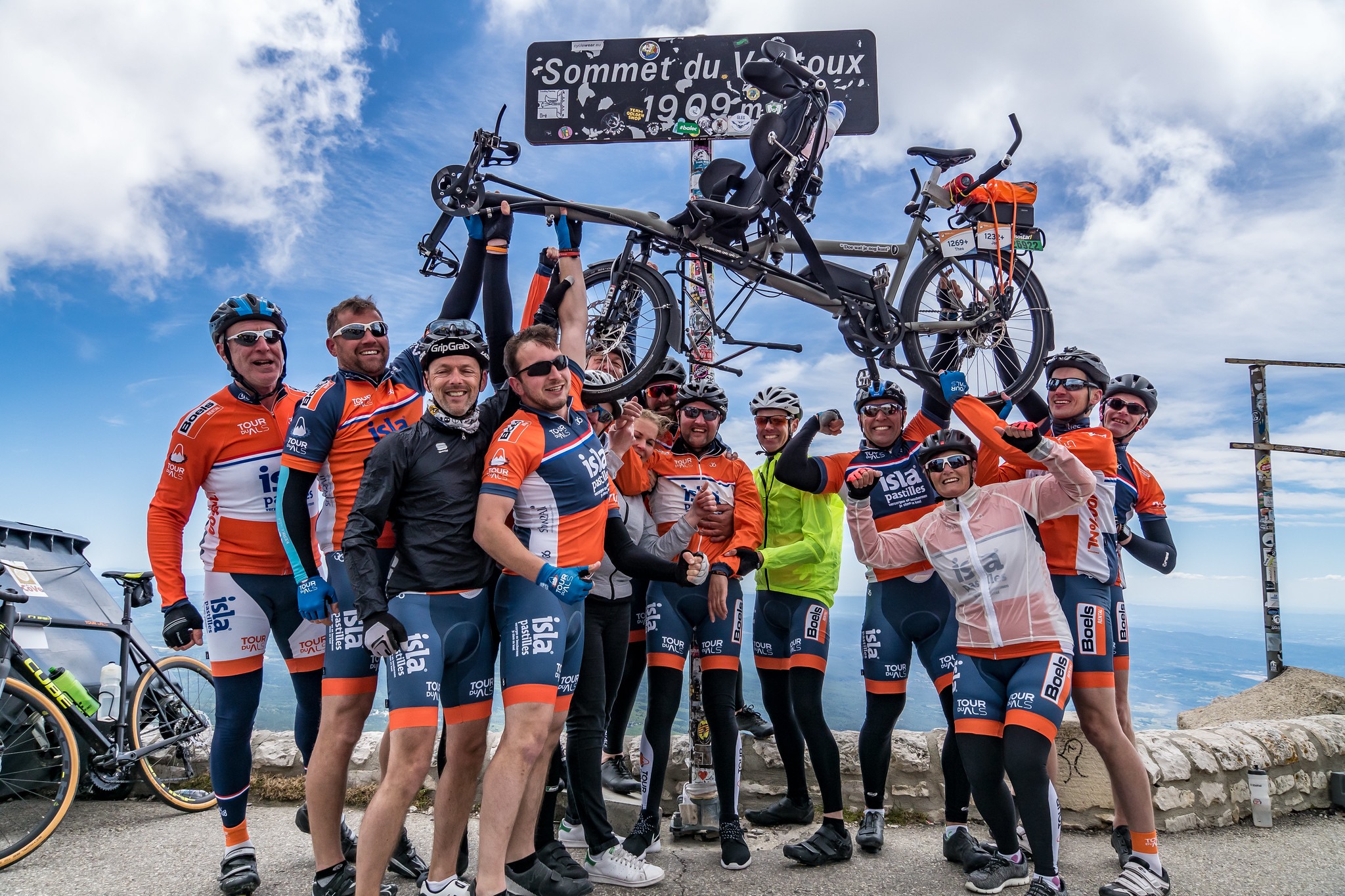 The tenth edition of Tour du ALS will take place at Thursday the 9th of June 2022. The event has a strong feeling of togetherness: together we’ll kick ALS out of the world! Participation requires decisiveness and a great sportive achievement: conquering the Mont Ventoux. It is a life changing experience! And you can participate! Register as an individual participant or with your own team and join us in the fight against ALS.

You can also contribute to the fight against ALS by sponsoring a participant or team. You can also organize your own promotion from home.What also helps us is more publicity. Tell all your  friends and colleagues about ALS and share Tour du ALS on social media. The more people who know about ALS, the better!

Tour Du ALS is partially made possible with the support of our companies and organizations that want to contribute in the fight against ALS the Tour Du ALS. Companies can participate in Tour du ALS with their own businessteam. But they can commit to the sporting event as a partner as well.. Interested? We would be happy to talk to you.

ALS is a deadly muscle disease without a  cure found yet. Over the years, Tour du ALS has already raised nearly 8 million euros for researching ALS. In recent years, mainly due to the MinE research and the finding of different genes, there has been a dot on the horizon of finding the cause and cure. This life-saving research requires money, a lot of money.

Tour du ALS is the largest event organized by the ALS Netherlands Foundation. Under the slogan “Get on your feet to beat ALS” , hundreds of cyclists, runners and hikers climb the Mont Ventoux together with ALS patients. All participants, volunteers, patients, donors and attendees contribute in the steps towards finding the cause of ALS and ultimately a medicine.